Closing of the Green and Presentations May 2017

Thank you to Stuart Arnold-Levy for the huge effort in organising and presenting the many trophies. He appears in many of the photos below but not the one jointly received by him with Suzanne Gibbs for winning the mixed pairs. 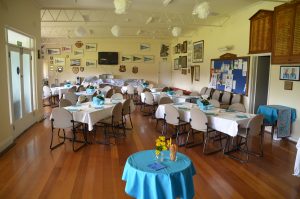 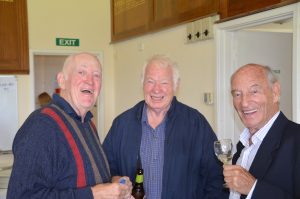 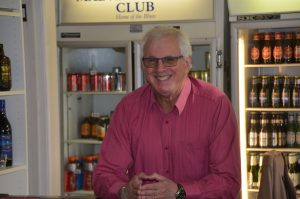 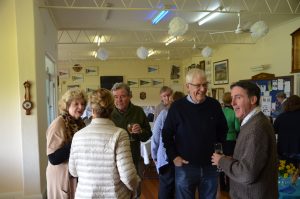 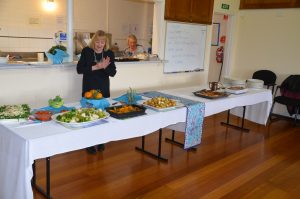 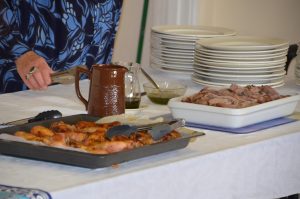 Roast lamb, chicken with exquisite vegetables provided by Anita D’Andrea and served by a team of volunteers made a beautiful main course which was preceded by a range of mouth watering appetisers prepared by various members.

The inaugural Tony Gamble “Spirit of Malvern” perpetual trophy, was awarded this year to Deidre and John Finemore by Penny, assisted by daughters Jess and Letitia. Dee and John could not be present in person but accepted by phone. 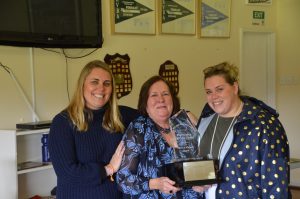 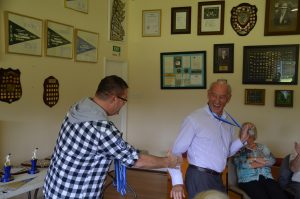 In consideration of the huge effort by the mid-week Div. 2 Pennant team which reached the Division Grand Final, Stuart arranged a medallion for each of the members of the team. Here’s Neil Martin running off with his. 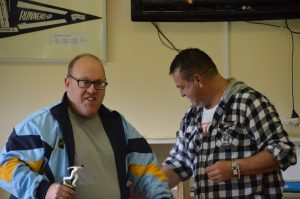 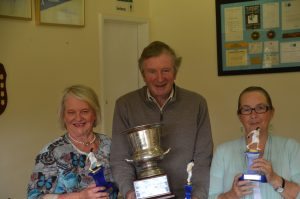 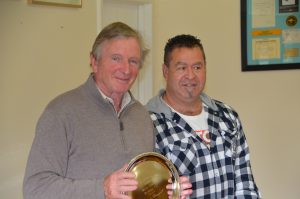 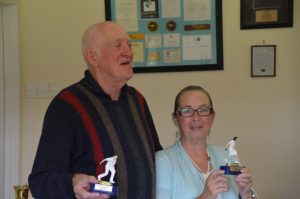 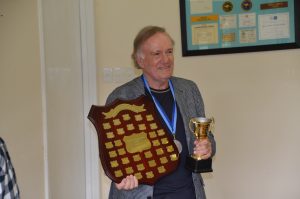 The Team winning the Section Final.